This is a guest blog entry by Andree Huk.

Andree is a co-founder at MobileFirm.co. His experiences include:

I have written about the What and the How of mobile notification channels a few months ago in my post “Engage or Go Home: How To Avoid The Cliff After User Sign-Up”. In this post we will tackle what notifications starting with iOS8 will mean for the broader ecosystem and then will discuss what they mean for app business.
Yes, Apple needed to catch up
Let’s be honest about what Apple – at least partially – just announced at the beginning of July. Android has already offered action buttons as part of its interactive notification system since Google released Android 4.1 Jelly Bean in July 2012. You could argue that Apple is 2 years late for leveling the playing field in terms of notifications. 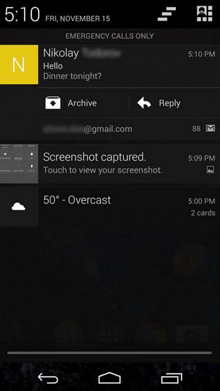 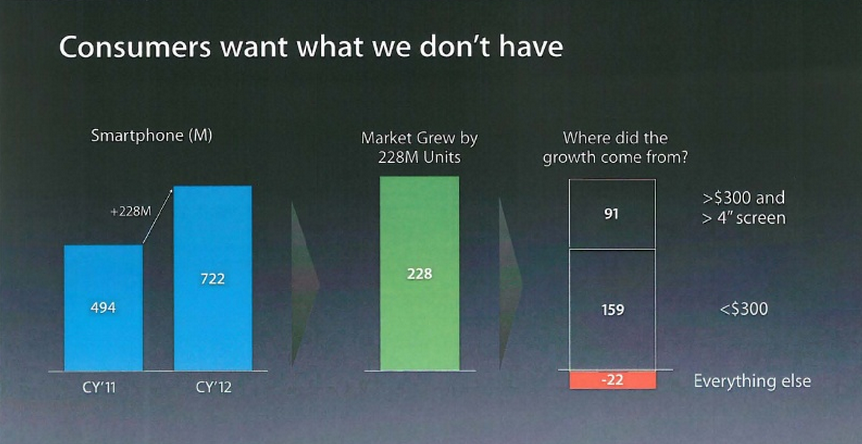 Why would Apple consider doing this? In light of competitors and especially Android getting more and more traction across price points Apple is forced by the market to play catch-up to what customers seem to like on other platforms. The expected launch of an iPhone 6 that will sport a much larger display is one such indicator.
But since Apple has never been a feature company on neither software- nor hardware there is of course a much bigger picture. In order to revive growth and create a much stickier experience Apple will announce a new catalyst to its product portfolio. This catalyst appears to be a wearable device which might come in shape of the rumored iWatch.
By bringing a wearable device into the equation it becomes very apparent why the very center of ones mobile experience, namely notifications, would need an overhaul. This is experience will be less and less single-device focused. With the advent of more digital devices that are hyper-connected customers will increasingly move between devices and touch points, from the phone to the tablet to the fridge to even the car.
User behavior such as a continuous open and close of apps just to answer or reply in a timely and simple manner is not what Apple would consider a beautifully designed cross-device experience. Apple aims to build an holistic and unified experiences across all customer touch points.
The opportunities on a high level
Taking into account the overall experience including new wearables a very small screen (I do not think the iWatch will actually be considered a watch by the way) will for sure be hard to navigate across various apps that one might use to interact with incoming notifications or messages of whatever kind. It will surely be a different scenario if you could simply reply or manage them with one click, flip or swipe, e.g. taking note of the score a friend has achieved on your favorite game, quickly reading over news stories, reply to a short message with a flip of a finger or even with a short, canned message. 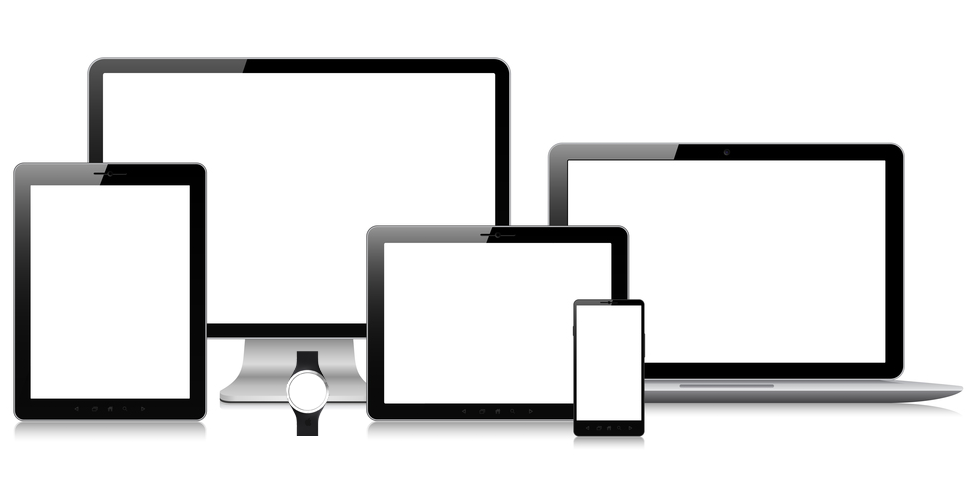 Developers will have a myriad of ways at their finger tips to create a seamless experience within and outside of their app as well as across different devices. They will be able to harness the power of notifications paired with their specific product proposition. In fact, many Android developers and product managers have yet to fully leverage that medium on Android as it seems (I am constantly using both platforms).
I do think though that iOS will set a new standard when it comes to interactive notifications. The new standard will in part be spurred by the overall sex appeal of the iOS platform and devices (people like to be associated with the new Cool) but much more so through the seamless cross-device experience that Apple lays ground for. Those interactive notifications and the actions that those will trigger will spur all sorts of new behavior. Although many will stay straight forwardly simple imagine the possibilities that technologies like HealthKit and iBeacons will ignite when paired with wearables like an iWatch that is kinda of like glued to the human body. As much as iOS notifications stayed mundane for the last 7 years those new use cases may seem trivial at first but will rapidly alter the behavior and eventually user engagement.
Bottom line: What about engagement?
At the bottom line we will see increased engagement across the long-tail of apps on iOS. Why only the long-tail? The most sticky apps enjoy very high levels of engagement already. So the sole addition of interactive notifications to iOS Notification Center will (as I believe) only marginally increase user engagement for heavily used apps. Those already have a ton of engagement. Users would either way open the app. It just simply makes it easier to interact with those apps and its content. 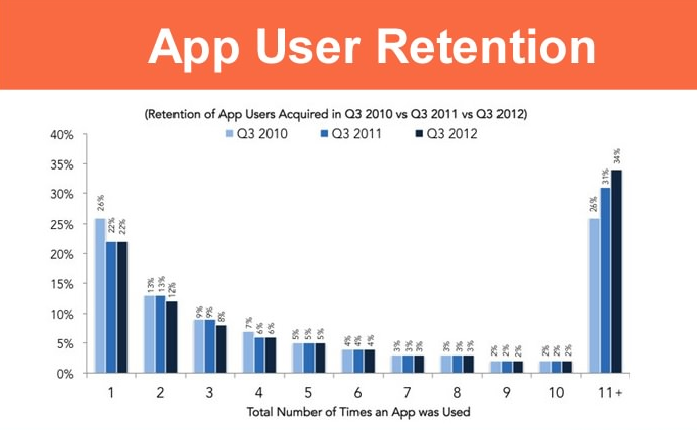 The long-tail on the other hand which is about 69% of apps out there will see an increase in usage because it will be less of a burden to interact with the app, you simply interact with the notification. Since you do not need to bring the app into the foreground (open it) it will surely be less time consuming. So in percentage terms compared to the engagement that those apps in the long-tail have interactions through the lock screen will bring about a fat increase. In fact, the remaining question will be whether the user interaction from within Notification Center will count as an action in commonly used analytics tools (something I will tackle in a further post).
If iOS8 notifications are well done one can leverage the interactive nature as a first real step of a process called User Onboarding wherein the user gradually gets to know the app and subtly starts interacting with it. A user can without jumping through many hoops interact with the new app from just one screen (granted of course the permission has been granted in the first place). The first interactions would simply be geared towards those that happen or can be completed in Notification Center. Interactions then get gradually “more demanding” down the road by bringing the app into the foreground so that the user can fully engage with it.
This is the ideal playing ground for Gradual Engagement because those notifications are always location-, time- and heavily so in the foreseeable future, mood-aware.

Thanks for reading.
Andree